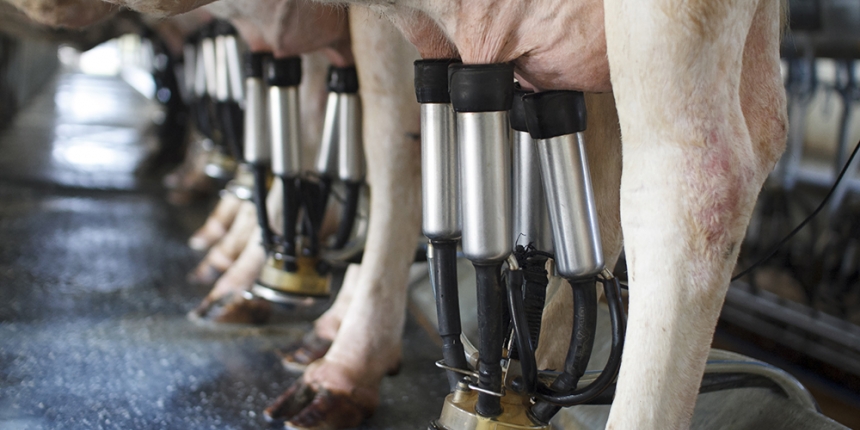 Grandpa may not recognize the average milking parlor of today’s dairy operations as they bear little to no resemblance to those of times gone by with the three-legged wooden stools hanging on the wall.  Even the cows are different.  Instead of the one-eyed Holstein bought at the regular Saturday auction sale that someone else could no longer catch or tolerate, a fleet of uniformly arranged data-based cows appear as peas in a pod.  And instead of the old hip roofed barn with the rope halters hanging from the support posts, there are numerous parlor designs and configurations to facilitate getting the milk from the cow to the tank as efficiently as possible.

Milk parlors today are designed for both cow and farm worker comfort and efficiency.  Depending on the number of cows milked per day, different choices of systems and machines can be retrofitted and installed to provide optimal efficiency.  Dairy farms run 24 hours a day and 7 days a week with some operations attempting to milk up to 4 times a day, so it only makes sense to employ a user-friendly system-based milk parlor.
No milking parlor design is perfect for all operations.  Each farm is different in infrastructure, land base and size, number of cows milked, available time and production levels plus labor availability and related costs that will influence decisions.  Initial investments, debt loads, and annual costs must also be considered.  For those with experience in the field, personal preference will carry weight.
Parallel parlors are designed to accommodate medium and large numbered herds.  Cows enter these parlors in groups and are positioned at a 90-degree angle to the workers.  Easy access to the udder is from the back of the cow between the rear legs, offering improved worker safety by eliminating kicking.  In comparison to herringbone or tandem parlors, the parallel configuration results in a compressed operator’s area, reducing the walking distance required.  The cow platform needs to be slightly wider to accommodate the length of the cow, but rapid exit stall fronts releasing all cows in the parlor at once combined with dual return lanes, provide increased efficiency.
Tandem or herringbone parlors featuring either single or dual returns remain popular with smaller to medium sized operations.  These systems offer the best view of the cow and combined with the simplified gangways leading to the parlor, make for an efficient and clean work process.  Milkers work comfortably from the side of the cow.
Parabone parlors are a combination of parallel spacing and herringbone designs with cows standing at an approximate 70-degree angle to the operator.  For producers wishing to milk an increased number of cows with lengthy existing buildings, this can be a good option.  The design eliminates the need for front positioners, but the operator is required to work from between the back legs, similar to the parallel system.
Swing over configurations can be used on both herringbone and parallel parlors but are most common with the parabone stall designs.  Cost savings can be achieved as only one milking unit is required for two milking stalls offering high capacity in return for a smaller overall investment.  This system is more time efficient as it eliminates idle clusters and while one side is milking the other group of cows can be coming or going saving downtime.
Rotary parlors are generally more expensive and may be more desired with very large herds of high-yielding cows.  Numbers of stalls in rotary parlors can range from 10 to 80 or more.  These systems facilitate an orderly and consistent milking routine with increased throughput and efficient use of labor.  Cows and workers alike are comfortable in a safe and calm environment.
Technologies are constantly advancing and mechanized equipment continues to invade the parlor including automated cow identification, automatic takeoffs, electronic detection of mastitis by milk conductivity and electronic tracking of treated and sick cows.  Automated deck and gutter flushing, heated rubber floors, cow movers and sorting gates along with hydraulically operated multi-height floors are becoming commonplace.
By choosing and installing the proper milking parlor design that fits their operation, producers can maximize overall efficiency and production.  Proper animal husbandry will be practiced with workers happy in their roles.  Grandpa would be proud. 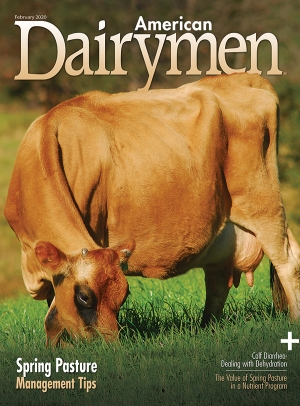