Selective Dry Cow Therapy; Is your dairy good enough to enjoy the benefits? 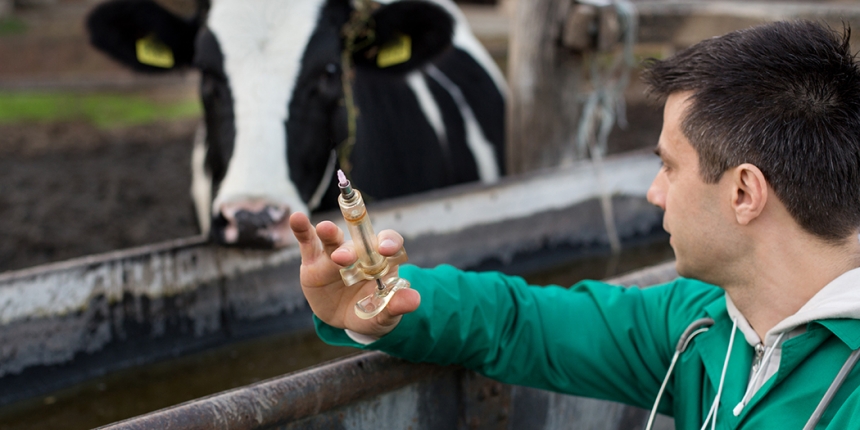 Selective Dry Cow Therapy;
Is your dairy good enough to enjoy the benefits?

Antibiotic use at dry-off is common practice across dairy farms. USDA National Animal Health Monitoring System surveys suggest that over 90 percent of operations use antimicrobial products at dry-off, with blanket treatment of all cows most common. Selective Dry Cow Therapy, (SDCT) involves identifying and treating only certain high-risk cows/quarters at dry-off, and while the process has seen only moderate uptake among dairymen, many early adopters are finding positive outcomes. The rewards of lower labor costs, lower product costs, decreased risk of antibiotic resistance and stable somatic cell count levels in subsequent lactations are enticing more dairymen to consider SDCT, despite it’s ‘risky’ perception. Although the advice from experts is still relatively mixed, as seen from the varied opinions from the National Mastitis Council symposium earlier this year, there is still scope for well-managed dairies to make huge savings and maintain current milk quality standards through SDCT.

Dr. Andy Johnson, dairy consultant based out of Wisconsin and past-President of the National Mastitis Council, believes that a change in mindset is needed before more dairymen take-up SDCT. “In my 40 years in the dairy industry we’ve been used to the mantra of blanket cow therapy at dry-off, but we’re in a different place now and SDCT is showing some wonderful results,” Johnson says. Strep and Staph borne mastitis cases may have been more prevalent in past decades, but modern animal health and facility standards have greatly reduced clinical cases in well-managed dairies, resulting in less requirement for blanket cow therapy today.
Among Johnson’s client base, eight large dairies have transitioned away from blanket cow therapy recently. “Over the past two and a half years I’ve been working with eight big dairies that started using SDCT and have had excellent success, with no increase in clinical mastitis cases in the next lactation,” Johnson says. Half of the eight dairies have average bulk tank somatic cell count levels of 125,000 cells/ml or less, with the other four dairies regularly achieving 100,000 or less. All eight herds have a rolling average of 90-100lbs of milk per cow. It is possible that SDCT is best suited to ‘good’ herds with less than 150,000 cell counts, as these herds pose less clinical case risk compared to herds with 400,000 or greater bulk-tank cell counts. Low cell count herds usually have only environmental and gram negative caused mastitis cases, which respond well to treatment during lactation.
Selection of the correct cows/quarters to treat, and which not to treat, is a vital component of SDCT. “The word is ‘selective’, not ‘none’ Johnson says, “we still need to treat at-risk cows in the herd.” The eight dairies in question follow a three step criteria for selecting cows not to treat with antibiotics at drying off; The cow must not have had a clinical case of mastitis during the lactation, she must have a somatic cell count of 150,000 or less and she must have healthy teat ends. Regardless of whether a cow is to receive antibiotics at dry-off or not, cleanliness is key during drying-off. “It’s got to be a well-managed procedure, it’s absolutely crucial that a good dry treatment protocol is followed, and everything is as hygienic as possible,” Johnson says. Apart from the three criteria mentioned above, Johnson also believes it is important that a cow’s production levels are reduced before she is dried off. “I like to see cows down to under 60lbs of milk per day in the week before dry off,” Johnson says. Cows should be transitioned from a milking-cow diet to a dry diet, high in fiber and lower in energy so as to reduce milk yield pre dry-off. If cows are producing large volumes of milk at dry-off, there is a greater risk of leaking teat ends, and the antibiotic being leaked out of the teat canal. For Johnson’s group of eight dairies, dry cow tube usage has decreased by 70% since the introduction of SDCT. There is anecdotal evidence that many dairymen have found no difference in seasonality, summer heat stress, parity of cows or bedding material (sand, manure, mattress etc.) in the success rates of SDCT.  The savings gained through less antibiotic product being purchased and used, is also complimented by the huge associated time savings for staff; as less cows are treated than under a blanket approach. For cows that are selected not to receive antibiotics, it is recommended that a teat sealant is used to reduce the risk of infection during the dry period. “Teat sealing maiden-heifers works great too,” Johnson says, “having heifers calving-in clean makes life easier and it’s great for the bulk tank too.”
For dairies looking to adopt SDCT, the main barrier to overcome is accurate information on the herd. Herd tests should be carried out every 4 to 6 weeks to help build up a picture of a cow’s performance and somatic cell count history over the lactation. It is also crucial that staff maintain accurate records of clinical mastitis cases during the year.
Although blanket dry cow treatment will remain the best method for curing existing infections at dry-off and helping to prevent future infections, SDCT has a significant and growing role to play in dairy operations, particularly well-managed dairies. With the growing discussion of antibiotic resistance and associated human health implications, progressive dairies could gain a competitive advantage by being ahead of the curve on SDCT. 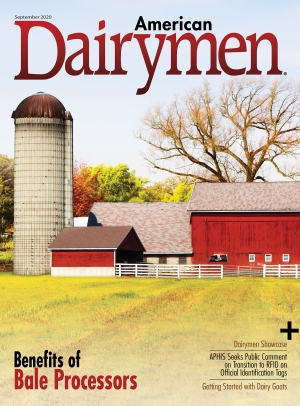 In this IssueHoof Health Starts with the HeiferWorking with a Veterinarian for Dairy Herd HealthLinear Measurements can help Dairy Goat BreedersUdderly EZ Milkers for Mares, Cows, Goats, Sheep and Camels
view all issues