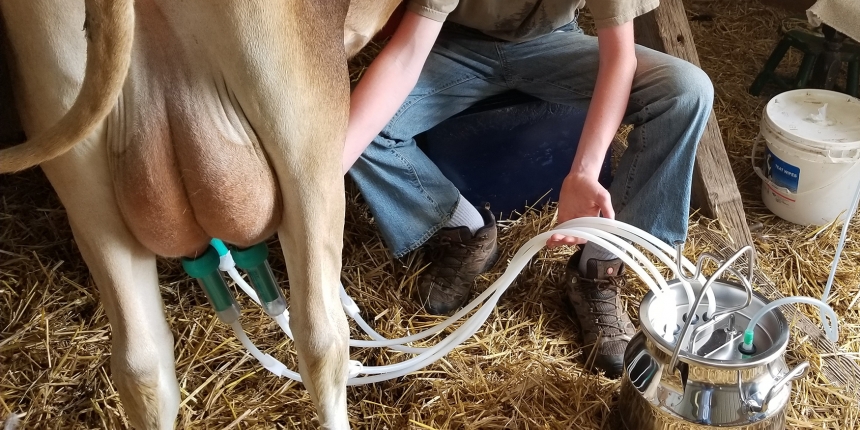 The Udderly EZ milker was invented out of necessity.  Buck Wheeler came up with this idea for milking mares--when he was breeding 100 mares and foaling out mares for other breeders as well.  Sometimes newborn foals need colostrum because they can’t suckle, and it can be difficult to milk a mare.  There had to be a better way of collecting colostrum than hand stripping or using a 6- cc syringe with the end cut off to suction milk from a teat.  He found a medical pump and designed a tube that would fit the udder.

He worked on this idea for 5 years and created a milker, trigger-operated with one hand.  He made 2 sizes, for mares with small teats or large ones.  The flanged edge was rounded and soft, to fit snugly against the udder without discomfort.
By 2005 several horse farms and veterinarians were using his device.  Many veterinarians recommend getting colostrum into newborn foals very soon after birth—especially on farms that have problems with diarrhea and other diseases in young foals.  If the foal can get colostrum immediately—before it bumbles around trying to find the udder, sucking on the mare’s dirty leg or flank—that foal has the necessary antibodies and is also stronger and more able to get right up and suckle the mare.  The Udderly EZ milker is the easiest and quickest way to obtain colostrum from a mare, to provide colostrum to a newborn foal.
Soon Wheeler was asked if his innovation would work for sheep and goats.  He started using silicone inserts in the tube, to make it softer and easier on sheep and goat udders, and experimented with larger collection bottles.  For foals, an 8 or 16 ounce bottle was large enough, but people milking sheep and goats were milking larger quantities. “We made quart bottles, designed so you can freeze the milk in the collection bottle,” he says.  A person could use a small bottle, put a nipple on it and feed the foal or lamb directly, or milk into the larger bottle for saving or freezing the milk.
“I always listen to what people tell me about their experience with the milker, and their questions, or what they think might improve it.  I learned about ways to improve it, listening to feedback from people who use it,” he says.  Some people wanted to be able to milk two teats at once, for dairy goats, or two goats at once, or all four teats on a cow, so he created milkers that utilized a power unit and routed the milk into a larger 2.6 gallon stainless steel bucket rather than a bottle for each teat. 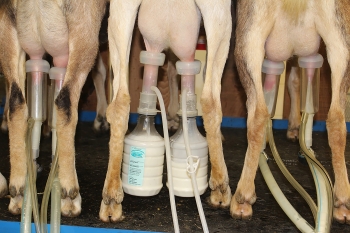 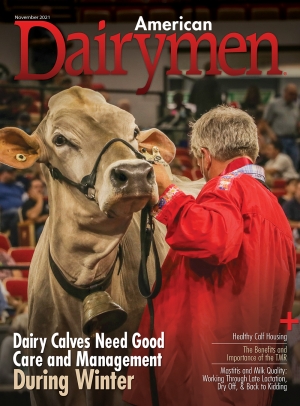