Use of Sexed Semen in Dairy Cattle 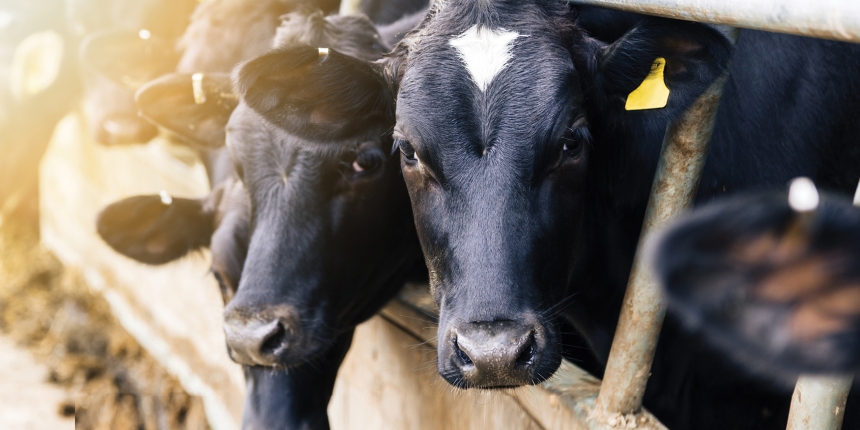 Use of Sexed Semen in Dairy Cattle

Starting a couple decades ago, sexed semen revolutionized the dairy industry’s production of replacement females, allowing dairymen to breed their best animals with sex-sorted semen--giving a 90% chance of producing heifers from that semen.  This technology is not new, but has dramatically improved over the past 20-plus years.

Dr. Paul Fricke, University of Wisconsin-Madison (a reproductive physiologist in the Department of Animal and Dairy Sciences), has a graduate student who just finished a project that includes a timeline on history of sexed semen—which shows that the first experiments were in mice.

The first offspring from sexed semen were produced in 1989, in rabbits.  In 1993 the first Holstein calf was born, using sexed semen technology.  Progress was made over the next few years and sexed semen became commercially available for cattle.

“Today there are two major players in the market.  Sexing Technologies is the big company that has been around since 2007 and brought the product to market first.  Then ten years later, in 2017, ABS released their own product, which is a different variation on the sexing process, called Sexcel Sexed Genetics.  Those are the two main companies in the sexed semen market in cattle,” says Fricke.

With Sexing Technology’s patented method, the sperm cells are separated through a complex process that involves staining the sperm with a dye that binds to DNA proportionately to the amount of DNA.  “Then when they send it through the sorting machine they use a laser to excite the dye, and that’s how they can read how much DNA content is in the sperm.  To separate it, Sexing Technologies puts it through an electric field,” he says.

Sexing Technologies® patented method relies on the use of a fluorescent dye that stains sperm DNA. Sperm then travel single file through flow cytometers that precisely measure the DNA content of each cell. Since X-chromosome-bearing sperm contain more DNA than the Y-chromosome-bearing sperm, they emit a brighter signal when exposed to light, allowing the flow cytometers to distinguish between the two sperm populations. As the droplets containing sperm exit the flow cytometer, they are assigned a positive or negative charge based on their DNA content. The charged droplets are then deflected into one of three collection receptacles, namely X-bearing, Y-bearing, and undesired or dead sperm. With the latest generation technology and the SexedULTRA® methodology, Sexing Technologies can sort sperm at 90-97% purity for the chosen sex.

The ABS Sexcel product is created with a selective killing process.  “The first laser reads the DNA and if you want to keep the sperm the second laser doesn’t hit it, but if it’s sperm you don’t want, or is damaged, the laser kills it.  What’s left is the desired sperm,” Fricke says.

“With both technologies, using sex-sorted semen, you get about 90% female calves when you sort for female.  It’s very effective, but the problem with sexed semen is that the process of sorting will decrease fertility of the sperm, and you have a lower conception rate than what you’d get with regular semen.  I tell producers that you can expect to get 85% of the fertility of conventional semen.”  Conception rate is a bit lower, but you do end up with more female calves.

Because of the decrease in conception rate, several research studies have looked at this problem.  “Years ago, we had very low fertility in lactating dairy cows, so when sexed semen was introduced into the market in about 2006 it was primarily used in heifers (non-lactating Holstein and Jersey heifers).  What happened over the years is that we’ve been able to get a much higher fertility and better conception in our lactating dairy cows, through management and various protocols,” says Fricke.

“My graduate student has created a very interesting graph that shows the changes.  If you go back to 2006, about 1% of all inseminations in Holstein females were with sexed semen, and then it was about 6 to 10% for the next 10 years.  Then suddenly, in 2016, we started to see the proportion of Holstein females inseminated with sexed semen dramatically increase.  In 2016 it was 9% and went to 13% in 2017, up to 15% in 2018, 19% in 2019 and 21% in 2020.  The increase happened rapidly, and at the same time we saw a dramatic increase in use of beef semen in Holstein females—the cows they don’t want replacements from.”

This all happened because dairies got better at reproduction, and soon started to produce more heifers than needed, and many of dairymen started using beef semen on some of their cows.  Holstein bull calves are not worth as much as they used to be, so generating a crossbred Angus or Limousin calf that would be worth more as a day-old calf makes sense.

“I was recently talking to a dairy farmer who was getting $80 per calf for Holstein bull calves, and $225 for every crossbred calf.  This more than pays for the semen and also helps offset the cost of sexed semen to produce replacement females.  There is a $20 surcharge per straw to pay for sexing, so that increases the cost of sexed semen quite a bit, but if it’s only used on the animals you’d want heifers from, it pays off.”

Jersey dairies have been using sexed semen longer, and also using beef semen—probably because the Jersey bull calves were never worth very much.  “Jerseys have a yellow fat and are smaller, with different growth characteristics.  The meat is good, but the feedlots didn’t want them.  If you look across that same time period, the Jersey use of sexed semen ranged between 10 and 20% of Jersey females, and by the time you get to 2020 about 46% of Jersey females were being inseminated with sexed semen, about 35% with beef semen, and the rest with conventional semen,” he says.

Many dairy farms no longer use conventional semen.  They use about 50% sexed semen and 50% beef semen.  Things have changed radically and quickly.

“We’ve done a couple of research trials recently.  One of the concepts with sexed semen is that you need to breed later—a bit closer to the time of ovulation, for best conception rates.  This idea has been around for a while.  A couple studies were done, looking at timing—as when you see a cow in estrus, using an activity monitoring system.  These were not randomized controlled studies, but showed that as you bred a little bit later, relative to the onset of estrus activity, the conception rate seemed to go up.  Many people then thought they should breed a little bit later,” Fricke says.

“But the study we did utilized heat synchronization and timed protocols.  We have good timed protocols in lactating dairy cows now, and we tested that hypothesis.  When you can control the timing of ovulation, we can induce ovulation earlier or at the normal time. What we found is that when you induce ovulation earlier, without changing the time of AI, fertility decreases,” says Fricke.

Several other studies have looked at this, as well.  “So the idea of breeding later relative to the time of ovulation doesn’t seem to hold up.  Our recommendation is to just breed them at the right time, if you are doing a timed insemination.  If you are breeding on activity of estrus, however, it may be the case that you want to breed a little later. What we think is going on is just the fact that sexed semen has a shorter life span in the female reproductive tract.  It’s a sub-population of sperm, and has also been through the sorting process, which can damage it a little.”  It’s already a bit tired!

“I think we will continue to see more sexed semen used.  Today the term we are using in the dairy industry is precision management and herd inventory management.  When reproduction was not very good in lactating Holsteins, it was hard to produce enough replacement females to keep up with the turnover rate,” he says.

Today more heifers are being produced, mainly due to use of sexed semen, and the biggest factor in the rise of sexed semen use is due to extensive work improving the sorting process, which resulted in higher fertility sexed semen.

Producing more than enough replacement heifers is a new problem.  “When reproduction got a lot better—and this is reflected in the trends in use of more sexed semen—because of management and the fertility programs we have now, dairies were producing more heifers than they needed.  The heifer market collapsed.  When everyone wanted Holstein heifers they were very expensive, but when you flood the market with so many heifers, they became worth less than it cost to raise them.  Suddenly people realized they needed to change their management,” says Fricke.

“Another technology that is heavily used today is genomic testing.  You can test 4-month old calves and determine which ones are your best heifers and those are the ones that you’d raise.  You can then use sexed semen on the genetically superior animals in the herd and only produce the number of replacements that you need.  You can use beef semen on the rest of the cows and get a value-added crossbred animal instead of a Holstein bull calf,” he explains.

This has happened very quickly, over the last 5 years.  It’s been exciting to watch this change and have the supply equal to the need.  “Some people ask if people are using sex-sorted male semen for the beef calves, since beef male crossbred calves are worth the most, but I don’t see very much of this happening.  It may be that the value is not that much greater, but it may also be that the company sorting the semen is under such pressure to produce female-sorted sperm that it doesn’t pay to shift and do the opposite.  I am not sure what the dynamics are, but we don’t see much selection for males, at this point,” he says. 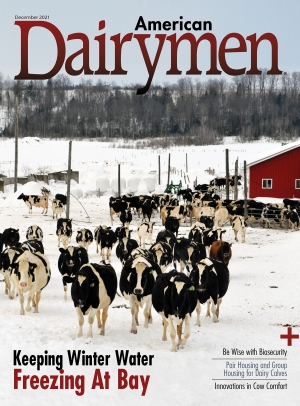 In This IssueInnovations in Fence RepairValue-Added Dairy Products: An Overview of a Growing MarketScours Treatment - Dealing with DehydrationHeat Stress in Goats
view all issues